Covid-19 in Brazil: Lessons from a period of crisis 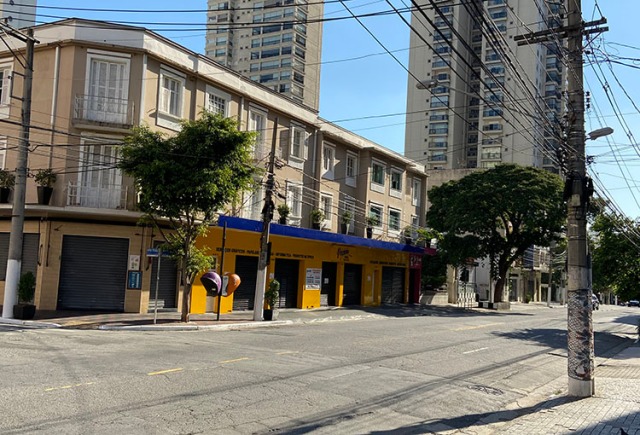 The new coronavirus is one of the most severe global health crises in history. 15 years ago, member countries committed themselves to the World Health Organization (WHO)’s International Health Regulation, which provides harmonized measures for global public health emergencies (World Health Organization 2005). As the Covid-19 emergency began, however, governments adopted starkly different approaches to fighting the epidemic. Despite established international norms and evidence-based guidelines based on previous influenza outbreaks, many government leaders, including President Jair Bolsonaro of Brazil, continue to sow doubt about the significance of the disease.

As Berkeley scholars have demonstrated, times of crisis create uncertainty but also shed light on political entrepreneurs. These crises are tough periods, but also carry the potential for change and policy innovation (Collier and Collier 1991, Pierson 2004). Therefore, there are several lessons we can draw from the Covid-19 outbreak.

A sign in a Brazilian pharmacy: “We don’t have masks.” (Photo by Elize Massard da Fonseca.)

1) International guidelines for responding to global health emergencies will fail if they ignore politics. Crises are messy. They involve the cooperation of various interests, and coordination among political opponents is tough. In Brazil, a major obstacle to successfully countering the coronavirus epidemic is the dispute between the president and other government figures, including his health minister and state governors. This problem is not exclusive to Brazil — collaboration problems have appeared in many countries. Covid-19 emerged alongside a rise in nationalist politics and conservatism, which has influenced the direction and timing of the public response. Of course, such unexpected behavior would have been difficult to predict; however, the disarray makes clear that the WHO must be far more prepared to take on coordinating roles.

2) Evidence-based policies are crucial but they do not automatically translate into public policy; this is particularly true in watershed moments when many policy options are available. No matter how much pressure President Bolsonaro faces, be it from the Minister of Health, the public health community (which, in Brazil, is a powerful advocacy group), or the scientific community, it all falls on deaf ears. It is beyond the scope of this short blog post to analyze such political behavior but, echoing the call of Buse, Dickinson, and Sidibé (2008), it is clear that political scientists must have a role in the development of evidence-based policies. History tells us that the stubbornness of the South African President in denying the HIV/AIDS epidemic cost that country many lives. This is not very different from what is happening in Brazil and many other countries, unfortunately. 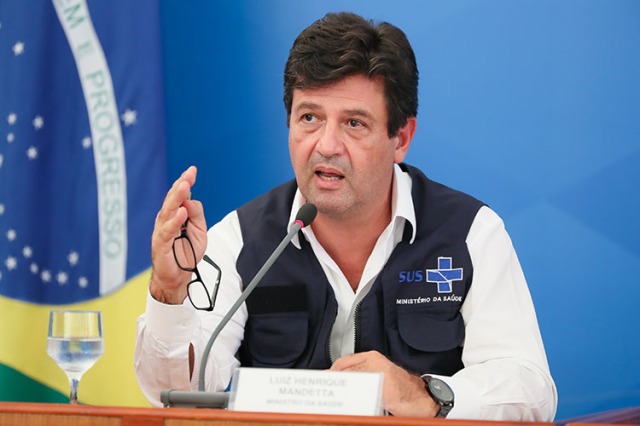 Henrique Mandetta, the Brazilian Minister of Health, in one of the ministry’s trademark vests. (Photo by Isac Nóbrega/PR.)

3) We should be careful who we credit for taking effective action in response to public health crises. The Brazilian Minister of Health, Henrique Mandetta, has been in the limelight in the fight against the coronavirus. His popularity is now 21% higher than that of the president; he has been praised for making important technical decisions and being a strong voice for evidence-based policies. Mandetta is a physician by training, but also a savvy politician. Political entrepreneurship develops by circumstance, but also requires the construction of a social coalition and innovative framing (Pierson 2004); Mandetta has it all. He recently formed an alliance with governors in the opposition parties and gained the sympathy of the public health community. He is constantly wearing the national health system vest, and recently stated that “doctors do not abandon their patients.” In Mexico, Undersecretary of Health Hugo López-Gatell has also taken on a leadership role in the fight against the epidemic, while President Andrés Manuel López Obrador has adopted a discourse similar to that of Bolsonaro. The health officials are a product of the unique circumstances, and have shown themselves to be quite skilled at building coalitions.

It is difficult to know for certain whether this crisis will lead to a change in the direction of social protection and health policies in Brazil and around the world. It is certainly likely, however, that the world will come out of this crisis changed. From the structure of the economy to public health coverage to personal hygiene, coronavirus will have left a mark.

Finally, allow me to offer some insight for anyone worried or curious about what it is like to live with social distancing measures in Brazil. The uncertainty surrounding the epidemic is stressful in and of itself, but coupled with conflicting messages from the government and the apocalyptic sight of field hospitals being set up in soccer stadiums, I get the sense that the worst is yet to come. Please, stay at home and follow the guidelines from health authorities. Do what you can to ensure the safety of your community.

Elize Massard da Fonseca is Assistant Professor of Public Administration at the São Paulo School of Business Administration, Getulio Vargas Foundation (EAESP/FGV). She was a visiting scholar at CLAS in 2019, and can be reached at elize.fonseca@fgv.br.